Faber-Castell, established in 1761 by the cabinet maker Kaspar Faber (1730-1784), is one of the oldest industrial companies in the world. In 1999, Faber-Castell acquired Creativity for Kids, the leading U.S. specialty manufacturer of creative activity products for children of all ages and moved their U.S. headquarters to Cleveland, Ohio. The very next year, the company introduced Premium Children’s Art Products, originally known as Faber-Castell’s Red Range of art supplies for children or the Playing & Learning Line in the United States.  The products were enjoying huge success around the world, but had not been introduced into the U.S. market which was only familiar with the Faber-Castell Professional Artist Products and writing pencils. The Creativity for Kids acquisition opened up the potential for further worldwide growth of the Creativity for Kids brand and helped facilitate the entry of the Premium Children’s Art Product line into the U.S. specialty toy market. 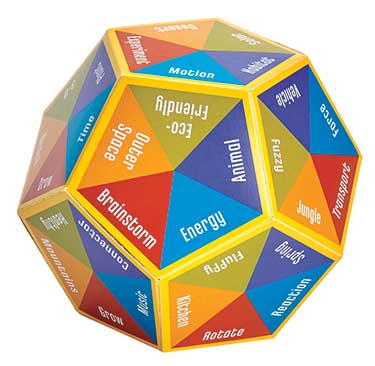 2011 was a milestone year for Faber-Castell USA as it launched its new brand, Design Memory Craft and celebrated both the 250th Anniversary of Faber-Castell and 35 years of Creativity for Kids – the acquired brand created by two women, Phyllis Brody and Evelyn Greenwald, who believed in the power of creativity in children's lives. This conviction came from their own childhood play experiences, those of their children and the many workshops and classroom programs that brought them into contact with children around the world.  It began with what they called the “turkey syndrome” – a term they coined based on their children’s classroom art activity (a traced handprint) during the U.S. Thanksgiving holiday season. Although a cute decoration idea, they thought it resulted in too much uniformity in an activity where uniqueness was the goal.  It was their opinion that children do need to learn to follow rules and conform in many areas, but when it comes to “art” individuality should be encouraged.  Their anti- cookie-cutter, paint-by-number approach became a key attribute in the development of Creativity for Kids.

The Creativity for Kids brand continues its well-deserved reputation as a consistent provider of quality, innovative, and thoughtful products for children that consist of both classic and trendy creative activities. Today, many Creativity for Kids products include Faber-Castell art supplies as components that enrich the creative experience. Creativity for Kids craft kits have received many awards from organizations such as Oppenheim Toy Portfolio, Dr. Toy, The National Parenting Center, ASTRA (American Specialty Toy Retailing Association) and the TIA (Toy Industry Association), plus recognition in national publications such as Parents Magazine and Good Housekeeping.