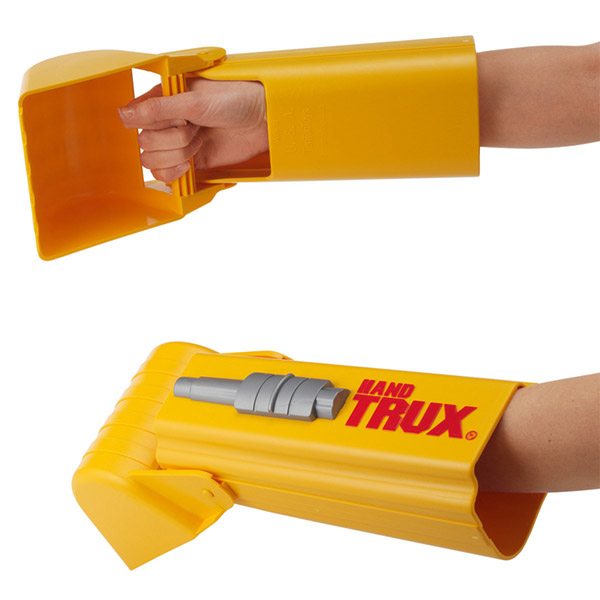 Inventor, manufacturer and distributor of HANDTRUX branded construction vehicle toys, media products and entertainment programming. Products are patented, trademarked and “Made in the USA” for sale to consumers through retail specialty stores and chain operations. The company contracts for sales through 70 independent national sales representatives and international licensees. Agreements exist for marketing, sales and distribution in Australia and New Zealand, and we are reviewing applications for ten European, South African and South American countries. A host of line extensions are queued for market introduction at upcoming trade shows and expositions. A secondary market exists with gardening and house wares outlets. 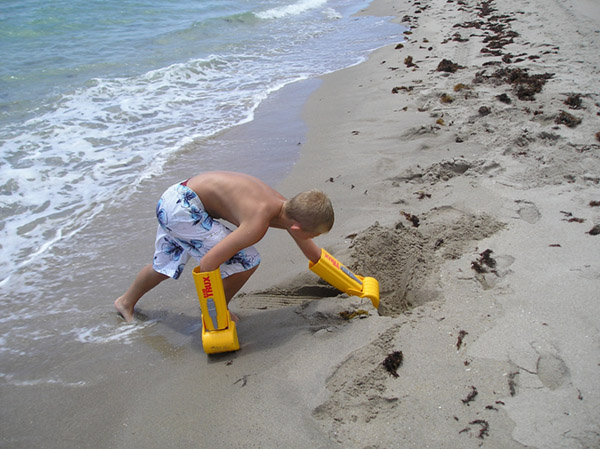 The HANDTRUX® toy line is an innovative play toy line of products appealing to children age 5 and older that gives action to its inject-molded plastic construction vehicles using a patented hand power process to simulate actions of its full-size namesakes.

These toys require no batteries or computers. They are light, Made in the USA of indestructible plastic and are free of hazardous chemicals and carcinogens. They have been tested and approved as child-safe. The toys are ideal for digging in sand, dirt, mud, gravel and snow and can be seen used in backyards, at beaches, playgrounds and wherever children play. A secondary market also exists for gardeners as well as for light industrial applications.

Over 40 million children fit the target demographic for HANDTRUX® Toys, with another 20 million coming of age (US Census Bureau Report, 2010). Look around and you’ll find millions of dollars being invested into infrastructure projects. Children are fascinated by large construction vehicles and can be seen trying to emulate the moves of the big machinery in creating new structures, roads and environments. With HANDTRUX® Toys, kids use their imaginations to create new worlds by becoming the machines.

HANDTRUX® Toys was created by Ernest A. Van Den Heuvel, an excavation equipment operator-turned-inventor, who is in the Who’s Who of American Inventors since 1992 and owner of dozens of copyrights, trademarks and patents.

"Take all the shape-shifting fun of the Transformers toys, combine it with the timeless appeal of the Digger, then throw it all into the backyard sandbox…and what do you get? Quite possibly the world’s most perfect toy—the HandTrux Backhoe."

"Seems hopeless - doesn't it? But there's hope when we see examples like Ernest Autumn Van Den Heuvel, a N.J. heavy construction equipment operator for 30 years, who owns a one-man excavation company, Rocker Excavating. The 52-year-old adventurer turned his love of earth and big machinery into a toy called the HandTrux Backhoe; a bright-gold plastic toy that imitates a real backhoe, employing hand power instead of hydraulic power. Ernie coined the term "handraulic powered" for the power grip hidden inside the patented HANDTRUX line based on real construction toys. As impressive as this toy is in terms of play value; it earned a featured spot on CBS' Early Show as "cool toy of the summer" and as a toy of the week by Playthings Magazine; it is far more impressive that Ernie was able to create this U.S. made toy to meet his high quality standards and be under $20 bucks."

"We went to the beach yesterday and though my son's sand toys leave a lot to be desired (think empty yogurt cups and very, very old shovels), he did have one new toy which he was pretty happy about - the HandTrux Backhoe. This toy measures over a foot long and has a handraulic power-grip hidden inside which allows the child to control the grasp. The HandTrux Backhoe is of spectacular quality, but most importantly, it's made in the USA. This toy also appears to be a one-size-fits-all thanks to the large opening on the HandTrux Backhoe - even my husband was able to use it!"