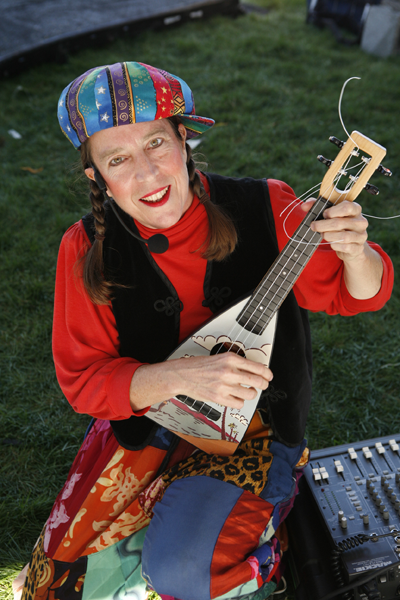 When Linda Severt was a baby, she discovered that she could turn her half-eaten bowl of spaghetti over and thump it rhythmically with a spoon while “singing” with a mouthful of tomato sauce. This delighted her parents to no end and led them to remove the carpets from every room in the house. Linda was also a very lively child and her dad has the scars to prove it. Although she can still make a mess and spontaneously break into a Snoopy dance at any time, she is much neater and has learned to organize her rhythms and movements into cohesive patterns, accompanied by melody, lyrics and the occasional rubber chicken. 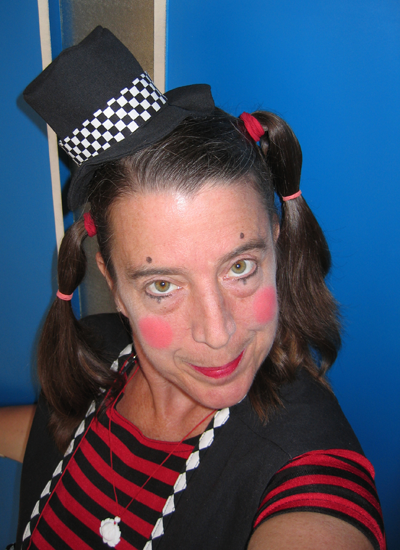 So… now Linda Severt is a multi-instrumentalist and song writer whose whimsical style on stage and in her songs is absolutely delightful. Both a recording artist and a live family entertainer, “Linda Severt is a creative genius” who weaves circus skills and music into hilarious routines with refreshing originality. When Linda’s shows are performed solo, she is never alone for long as the stage comes to life with puppet characters, musical instruments (some of which have been made into puppets), and members of the audience. Seattle’s Child Magazine says, “It often seems as though several performers are on stage… never too over the top to be enjoyed by adults as well.” 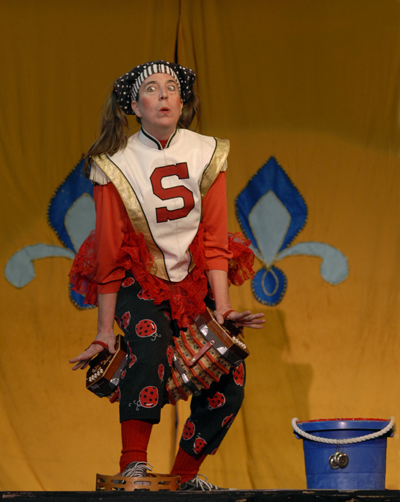 In addition to her many years of performing for family audiences, Linda toured and co-produced with the Laura Love Band for 4 ½ years in the 90’s and recently was the supervisor of New York’s Big Apple Circus Clown Care program in Seattle Children’s Hospital where, for 7 ½ years, she brought joy to the bedsides of sick children and their families as Doctor Hamsterfuzz, a “Doctor of Delight.”

“Linda Severt has much to offer in the way of enjoyment for children and the very lucky adults who buy this album for them.”

“Linda, well known for her circus infused performances and energetic shows, is also highly regarded in the adult musical world as a singer-songwriter and multi-instrumentalist. Grinning Streak is clever but not cutesy, a great pick for music that will bring grins to all ages.”

“Linda Severt is the Beatles of children’s music!”

“Linda Severt keeps the music motoring, whether stomping around the stage with a tambourine on her foot, beating on plastic buckets, or punching out polkas on a funky red concertina.”