For the past two and a half years, we have been building an educational program that's called “Medieval Maidens.” Current toys and children’s literature tend to focus on what boys did in medieval times and we wanted to create a program that would teach about what girls did. A princess theme was chosen to coincide with the princess craze for girls ages 7-10. Our goal is to teach young girls about what their counterparts did in medieval times and to inspire them to continue to study women in history. 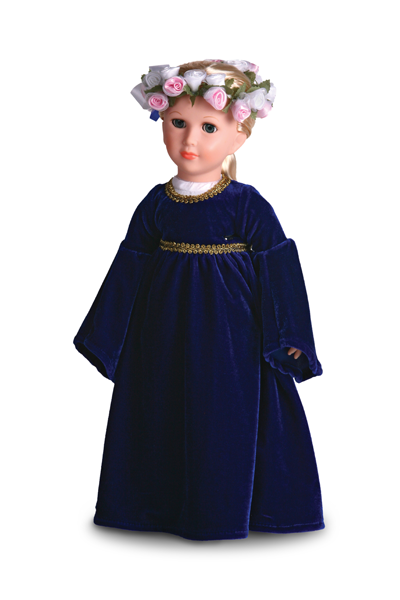 Medieval Maidens has sponsored educational programs for area Girl Scout troops, school groups and library reading groups where we discuss daily activities of young people in the medieval times. We have even created a Medieval Maidens Quest for the Walters Art Museum in Baltimore. In March of 2008, we introduced the first doll in our series, an 18 inch vinyl doll. In February of this year, we set up a booth at the International Toy Fair where our maidens were greeted with much enthusiasm.